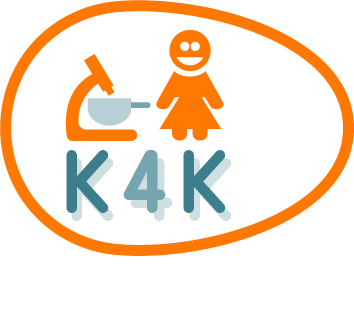 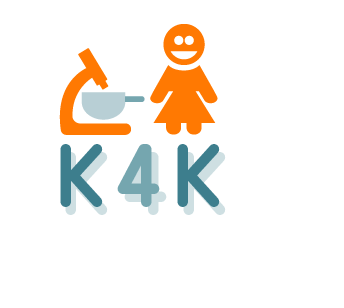 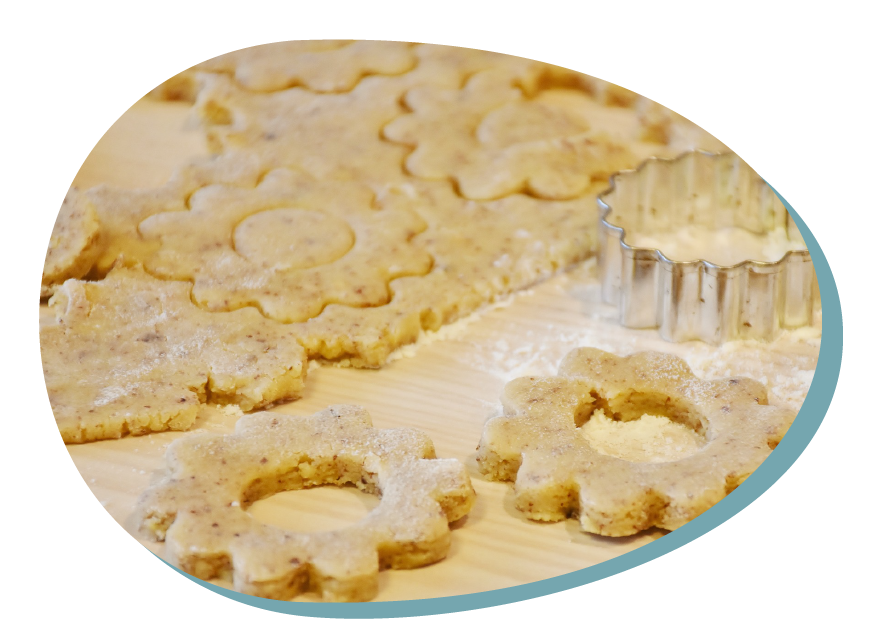 Investigating particle science by making biscuits and then crushing them. Exploring how the crushed biscuit behaves like a liquid. It can be poured and take the shape of different containers.

Learning how to learn

Vocabulary - keywords should be understood

STEM skills - to which the learning unit is related to

Teacher Note: Start this experiment at the beginning of the day to allow the baked biscuits to cool completely.

Introduction:
1. Show pupils a cup, asking them to describe it. Inform pupils that a cup is a solid.
A solid has its own set shape.
2. Show pupils a clear bottle of water. What shape is the water? (It is the shape of the bottle). Ask pupils what they think will happen to the water when it’s poured into the cup. Pour the water into the cup. What happened? (The water took the shape of the cup now). Inform pupils that water is a liquid.
A liquid takes the shape of its container.
3. Ask pupils to name some solids and liquids, noting these on the board.
4. Inform pupils that they are going to make some biscuits. Ask pupils if they think a biscuit is a solid or liquid? Explain that they will investigate this with the biscuits they make.

Activity:
(Ask pupils to work in groups of 5 or 6, with adult supervision)

Instructions:
Part 1:
(Remind pupils to take turns in their groups)
1. Make sure all hands are washed clean before you begin.
2. Pre-heat the oven to 180 ̊C.
3. Older classes can measure out ingredients but for younger pupils the ingredients may need to be measured out beforehand.
4. Ask pupils to place the butter into the bowl. Then add the sugar and mix well with the wooden spoon. (Ask pupils whether sugar is a solid or liquid, eliciting that it is a solid but it is poured into the bowl, like the way a liquid would be poured. Inform pupils that they’re going to be exploring this with the finished biscuits later on).
5. Next ask them to add the flour, mixing it in with the wooden spoon again. Then ask pupils to use their hands to combine and bring the mixture together into a dough.
6. Show pupils a rolling pin, demonstrating how it’s used. Then on a prepared floured board, ask pupils to roll out the dough until it’s about 2cm thick.
7. Ask pupils to carefully cut the dough into shapes using a cookie shape cutter.
8. Place on a baking tray and put it into the oven for 10-15 minutes.
9. When the biscuits are baked, leave on a wire tray to cool.

The Science behind it (particle science):
Solids have a set shape. However, some solids are made up of tiny pieces and they can be poured: Even though we could pour the biscuit into the cup when it was broken into pieces, the tiniest parts of the biscuit (called the molecules), were still tightly packed in the biscuit, so even though the biscuit behaved like a liquid, it was still a solid. Even when a solid is broken up - it’s still a solid.

4. Ask pupils to think of any other solids that behave like liquids. For example, sand and sugar are solids even though they can be poured. They will fit into the shape of the containers into which they’re poured.

Conclusion:
1. Ask pupils to complete a Learning Log for this investigation drawing/writing about the following:
● The most interesting thing they learned
● One thing they’d like to know more about

Equipment and materials to be used in learning unit (tools, ingredients etc)

Cross-curricular character of the resource

The range of S-T-E-M subjects included

The presentation of possibilities of including artistic activities (STEAM approach)

Clarity, communicativeness of instructions for teachers

The level of ease in preparing necessary ingredients, materials and equipment needed

How useful was this resource?

No votes so far! Be the first to rate this post.

How can we improve this resource? Share your experience with the community.

We use cookies on our website to give you the most relevant experience by remembering your preferences and repeat visits. By clicking “Accept”, you consent to the use of ALL the cookies.
Cookie settingsACCEPT
Manage consent

This website uses cookies to improve your experience while you navigate through the website. Out of these, the cookies that are categorized as necessary are stored on your browser as they are essential for the working of basic functionalities of the website. We also use third-party cookies that help us analyze and understand how you use this website. These cookies will be stored in your browser only with your consent. You also have the option to opt-out of these cookies. But opting out of some of these cookies may affect your browsing experience.
Necessary Always Enabled
Necessary cookies are absolutely essential for the website to function properly. These cookies ensure basic functionalities and security features of the website, anonymously.
Functional
Functional cookies help to perform certain functionalities like sharing the content of the website on social media platforms, collect feedbacks, and other third-party features.
Performance
Performance cookies are used to understand and analyze the key performance indexes of the website which helps in delivering a better user experience for the visitors.
Analytics
Analytical cookies are used to understand how visitors interact with the website. These cookies help provide information on metrics the number of visitors, bounce rate, traffic source, etc.
Advertisement
Advertisement cookies are used to provide visitors with relevant ads and marketing campaigns. These cookies track visitors across websites and collect information to provide customized ads.
Others
Other uncategorized cookies are those that are being analyzed and have not been classified into a category as yet.
SAVE & ACCEPT
Powered by